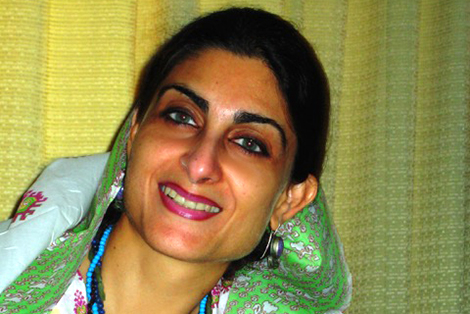 Shaykha Amat-un-Nur (Naila H. Noon Tiwana) is a sufi guide in the Inayati order which springs from the root of the traditional four-school-order system of the Qadiriyyah, Naqshbandiyyah, Suhrawardiyyah, and Chishtiyyah. She holds a Master’s in Comparative Philosophy: Islamic and Western Mysticism. She has been actively involved in the Sufi Path for the last 15 yrs.

Shaykha Amat-un-Nur offers workshops and seminars around the world, on the themes of spiritual healing, the way of heart-consciousness, exploration of the deeper dimensions of the self through Sufi story-telling, humour wisdom, sufi poetry, zikr, meditation and reflection.

Her passion is to work for the uncovering of the one Light and Truth that radiate from the Heart of all religious and spiritual traditions, inculcating through spiritual education, the beauty of unity within diversity and the harmony of human existence. Another very vital dimension of her work is the rediscovery and re-affirmation of the sacred role and relevance of the Feminine in Islam through spiritual awakening.

She offers regular spiritual satsangs from Lahore, open as well to her disciples internationally through web platforms. She is also a published author of some poetry, various articles and a book titled: The Journey Back to Allah.