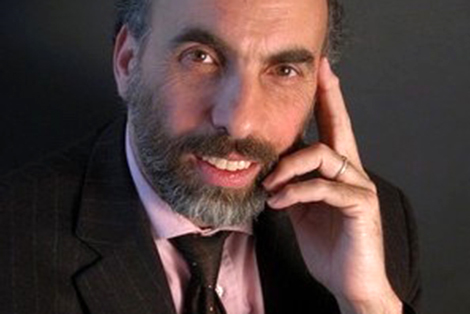 Mustapha Cherif is a University professor, a philosopher and Islamic scholar. As a thinker, he works for the culture of peace, for human brotherhood and for an open Islam. He is the author of more than twenty books. He centers his works on the concepts of the middle way and the living together.

He has been a visiting professor at Universities around the world, among them the Collège de France. Founder of the International Master in Muslim Civilization at the Open University of Catalonia and member of worldwide forums of civilizational, religious and cultural dialogue. He is Doctor of Letters in philosophy at the University of Toulouse and Doctor of sociology at the EHESS of Paris.

Mustapha Cherif, artisan of the interreligious dialogue, has cofounded and co-chaired the Islamic-Christian Friendship Group in France and cofounded the Worlds Islamic-Catholic Forum in Rome with the Pontifical council for an interreligious dialogue. He is the only intellectual Muslim in the world to have been received successively by the popes John Paul II, Benedict XVI and Francis.

His thinking wants to be median for today. His books are explicit, like : The Koran and our time, The Prophet and our time, Exit the extremes, The principle of the middle way and Emir Abd-el-Kader, apostle of brotherhood.

He is the winner of the UNESCO award of Arabic culture and cultural dialogue and of the Italian award of Peace culture. The Royal Center of Amman, distinguishes him the last five years as being among the 500 most influential Muslims in the world in the field of culture and education. He is the descendant of a Sufi lineage.