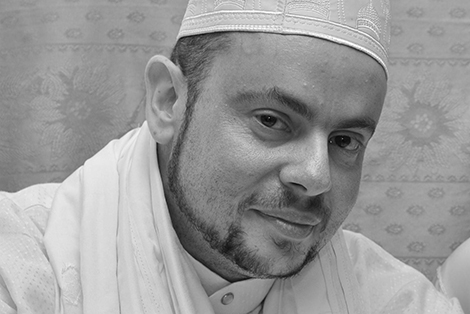 Gabriel Hagaï is an orthodox Jew, a trained rabbi, the father of 6 children and the master and initiator in a mystical non-dualistic Jewish Sephardi tradition.

His training, both mystical and rabbinical, was carried out in Jerusalem – where he studies during 14 years at the Yeshîva (rabbinical seminar). In parallel, he followed the practice and the teachings of the masters of Sérekh haq-Qirba (The path of Proximity) for more than 7 years, night and day, before receiving their ordination.

His main master, Ribbî ‘Ôvadyâ Mîmûnî (of blessed memory), was the 105th of the line of transmission since Môshè Ribbénu (Moses, our Master) (peace be upon him).

In the conferences that he gives on Judaism (the Tôra) – and on his point of view on different subjects -, he always strives to transmit, in addition to his exoteric speech, some of the mystical teachings – often unknown – in order to show the depth of their spiritual tradition and of their universalism.