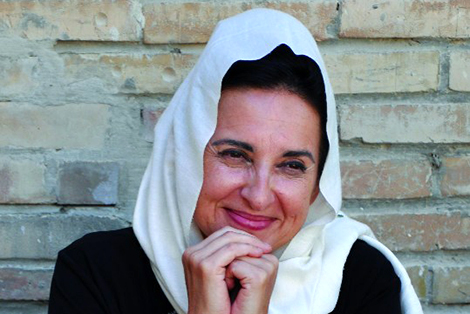 Dr Rosina-Fawzia Al-Rawi Al-Rifai was born in Baghdad and spent her childhood in Iraq and Lebanon. Fawzia Al-Rawi holds a PhD in Islamic studies. She completed her Arabic, Islamic and ethnological studies at the Universities of Vienna and Cairo. She then spent 12 years in Jerusalem where she brought up her children and worked at the Institute for the Promotion of Palestinian Agriculture and at the University of Jerusalem, while deepening both her theoretical and practical knowledge of Sufism under the guidance of Sidi Shaykh Muhammad Al-Rifai. She has been living in Vienna with her husband and their three children since 2001.

Fawzia Al-Rawi has been teaching Sufism for over 20 years. She holds workshops in various countries and works particularly with women. Her teaching draws on a wealth of experience from a bicultural environment, which uniquely enables her to build a bridge of understanding between different cultures, open a space where these can meet and thus contribute to peace.

She has published several books in Arabic, German, English and French.

Fawzia Al-Rawi’s workshops, classes and training courses are based on knowledge drawn from psychology, spirituality, cultural anthropology and medicine. They are underpinned in particular by a body of knowledge known as Sufism, which has been collected and passed down over centuries, especially in Africa, the Middle East and Asia.
Dancing, meditation, breathing techniques, traditional Sufi-practices such as zikr, whirling or working with the Divine Names all focus on opening the heart and embedding oneself into the great universal laws, beyond egocentric and social norms, connecting body, soul and spirit.